After flying under the radar for decades, Norway’s space industry is rocketing into the limelight. In 2022, Norway will open the first launch base for satellites on the European continent. “Our commercial space activities will put Norway on the map as a strategic, European asset in the space sector,” says Christian Hauglie-Hanssen, Director General of the Norwegian Space Agency.

The spaceport is a part of Norway’s foray into New Space, the emerging commercial space industry. Andøya Space, a Norwegian aerospace company, is establishing a launch site for small satellites at Andøya in Northern Norway. This will make Norway one of the few countries worldwide to have a spaceport on their own territory.

“We are creating the foundation for Norway’s New Space industry.”

“In this new arena, smaller satellite technology with high functionality will facilitate dedicated launches at a dedicated time to a dedicated orbit at competitive launch prices,” says Berget.

As a launch site operator, Andøya Space will provide the technical infrastructure including launch pads and buildings, while launch operators and launch service providers will bring their launch vehicles and payloads to the spaceport.

In addition, the Norwegian Government is fully behind the venture, allocating NOK 365.6 million (roughly USD 42 million) for development of the spaceport.

“Norway has a 60-year history in space, but not a lot of people have been aware of it,” says Berget.

She is referring to Norway’s decades of support for science missions. Since 1962, more than 1 200 suborbital rockets have been launched from Andøya to explore the upper and middle atmosphere in the Arctic. Ground-based instrumentation such as the Alomar Observatory is part of the infrastructure as well.

“When we open the new spaceport, the existing launch activity for scientific rockets will continue as usual. The spaceport will unlock new possibilities for scientific research, as satellites are crucial for gathering data on a global scale. Scientists can, for instance, map marine algal growth, which indicates the extent of global warming,” says Berget.

Moreover, Andøya’s remote location on the coast, 300 km within the Arctic Circle, is a perfect starting point to reach the polar and sun-synchronous orbits used by small satellites, according to Berget. In these orbits, satellites can serve a variety of commercial and scientific purposes, from earth observation to marine surveillance and telecommunications.

“The private spaceport is the sexiest thing Norway has going for it. We expect to see an explosion of small satellites and companies that will fuel the entire ecosystem.”

Flack’s enthusiasm is backed up by hard numbers. Morgan Stanley, the global investment bank and wealth management firm, predicts that space will become a USD 1 trillion industry by 2040.

“Before, this was the domain of big government. Then along came Elon Musk, who created a viable business model with SpaceX. If you’re a small company with a small satellite, you need a small launcher. Norway is one of the first countries in Europe to facilitate this with a spaceport,” says Flack.

Even before the ribbon has been cut, the new launch site has gained international customers. Andøya Space has signed term sheet agreements with the German satellite launch companies Isar Aerospace and Rocket Factory Augsburg (RFA). Andøya Space will deliver the services for the launch infrastructure to launch operators, while Isar Aerospace and RFA will offer launch capacity for international customers.

More than just a spaceport

Everyone involved in the launch site project has big ambitions for the future.

“Our aim is to turn Andøya into Norway’s smart version of the Kennedy Space Center, enabling a complete ecosystem to establish around it. It’s where businesses go for incubation, where kids go to space camp and where universities run their projects. We also want to attract foreign companies to the region,” says Flack.

To realise this vision, NewSpace North was established as a national innovation centre. NewSpace North will give more businesses access to space and more space companies access to new business. Key Norwegian companies, universities and research institutes are backing the project.

Berget adds another dimension to this vision:

“Sustainability will be uppermost in our minds. We must consider the impact this facility will have on the environment and the entire value chain,” she says.

She mentions the human aspect as well. “Norway has knowledge, research and competency to share with the rest of the world. Farmers in Africa can improve their crop yields with satellite data. Schoolchildren around the world can easily attend a rocket launch from Andøya online. Companies and researchers can collaborate to solve global issues by using and sharing satellite data. Also, larger challenges, such as space debris, can be tackled together.”

“There are so many aspects to this spaceport. It’s much more than just the physical buildings,” she concludes. “It’s a new innovation ecosystem that will draw on competencies from many industries, the education sector and startups to forge an interesting path for the Norwegian space industry.”

Do you want to know more about space industry opportunities in Norway? Contact Invest in Norway today! 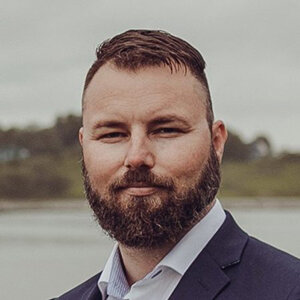