What if a satellite could be launched in the time it takes to order a book on Amazon and receive it on your doorstep? As of today, nobody provides responsive space services like this. But as Christian Hauglie-Hanssen, Director General of the Norwegian Space Agency, points out, “Right now we are on the verge of something big in responsive space, and Norway is far out in front.”

The concept of responsive space has been around since the early 1990s. Then it referred to the rapid launching of low flying satellites to support troops on the ground. At the time, this meant that large countries’ spy satellites needed to be operational quickly. 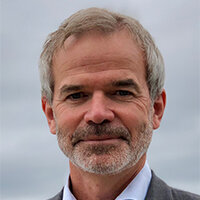 “Today responsive space means the rapid deployment of small satellites into a preferred orbit at a favourable price.”

“Today responsive space means the rapid deployment of small satellites into a preferred orbit at a favourable price.” This may include commercial ventures, as well as public service-based satellites and military space assets.

“The key terms here are small, agile, industrialised and serial manufacturing for a specific task,” he adds.

Norway’s own spaceport opens in 2023

Norway promises to be a world leader in the responsive space arena thanks to Andøya Space, a Norwegian aerospace company that has built a spaceport in North Norway. Due to come online in 2023, the spaceport will serve as a launch site for small satellites, making Norway one the few countries worldwide to have a spaceport on their own territory.

“Norway has all the advantages to become an excellent provider of responsive space.”

“Norway has all the advantages to become an excellent provider of responsive space. We have a spaceport, seaport and airport in close proximity. Our geolocation is ideal for polar and sun synchronous orbits. We don’t need to fly over other nations and there is no air traffic congestion,” he explains.

Equally important, Norway has highly competent personnel and 60 years of experience in military and research space activities. Many are surprised by this, as Norway’s decades of space experience seem to have been a well-kept secret until now.

In addition, the infrastructure includes well-maintained roads out to the launch site and a hotel where personnel can get a comfortable room and a good meal. This is unusual for such a remote location.

Hauglie-Hanssen adds another key advantage: stability. “The Norwegian space industry is low risk. We have a stable democracy and security of supply,” he points out.

In 2023, Norway will have the capacity to provide rapid launch, one crucial component of responsive space services. Andøya Space has the logistical services and technical infrastructure, including launch pads and buildings, while international launch operators and launch service providers will bring their launch vehicles and payloads to the spaceport.

Farther down the road, Norwegian aerospace companies will have the capacity to design and manufacture the satellites and rockets that launch from the spaceport. Right now, German ISAR Aerospace has an agreement to launch from the Andøya spaceport upon its opening in 2023.

Meanwhile, Nammo, an international aerospace company headquartered in Norway, has developed a hybrid rocket engine that could make green space propulsion a reality. Both Nammo and Andøya Space are part of the ENVOL project funded under Horizon 2022, which aims to develop a low-cost, green launch system to provide Europe with reliable, timely and frequent launches.

Read more: How can satellites help during disasters

Responsive launch requires more than technology, though; international collaboration is essential as well. “So many different nations are involved. We could have a German rocket with a NATO payload launched from a Norwegian spaceport,” says Olsen.

Moreover, responsive launch is a complex operation, requiring extensive preparation and national and international agreements. In fact, 99 per cent of the work must be done up front. As a launch site operator, Norway has an ongoing responsibility for the satellites it launches, according to a UN treaty on the use of outer space.

Simon Flack, Space Industry Coordinator at Innovation Norway, has a worldwide vision for Norway’s responsive space future. “Before long, Norway will be able to offer rapid launch infrastructure and services to allied-defence and civilian customers,” he states.

Who cares about responsive space?

While space assets are generally out of sight, out of mind, we depend on them to live our modern lives. Satellite-based services allow us to, for example, navigate city streets, order a taxi and watch a live sports broadcast.

On a societal scale, satellites are used in modern shipping, advanced offshore facilities and search-and-rescue missions. Not to mention national security operations. The list is almost endless. What would happen, then, if these satellites became non-operational, either accidentally or intentionally?

“If satellites became non-operational, we would return to the Dark Ages.”

“If satellites became non-operational, we would return to the Dark Ages,” says Flack. Or so it would feel like it.

He is concerned about the potential loss of multiple satellites at the same time. “Norway and its allies’ critical civilian and military space assets are vulnerable, and there are currently no rapid launch solutions that could replace critical assets immediately,” he says.

Such a scenario could mean that wind power turbines would go offline or the quality of long-term weather forecasting would decline. Researchers would find it harder to conduct climate studies and airports would see a decline in punctuality and capacity.

“Responsive space is the answer to many of these concerns, and Norway is quickly becoming a key problem-solver in this arena,” he concludes.

Do you want to know more about space industry opportunities in Norway? Contact Invest in Norway today!