A floating thinktank and a movement to heal the ocean

Norway’s REV Ocean Initiative will launch the world’s largest, most advanced research and expedition vessel. It will help to combat the negative impacts of climate change, plastic pollution and overfishing.

When the 182-m-long superyacht sets sail in 2021, REV Ocean will be equipped with the most advanced ocean technology and research equipment available and will be capable of taking measurements at depths down to 6 000 metres.

The ship will carry researchers and ocean enthusiasts from the business community, political circles and research institutions. Its objective will be to find concrete, scalable and commercially viable solutions for improving ocean health. 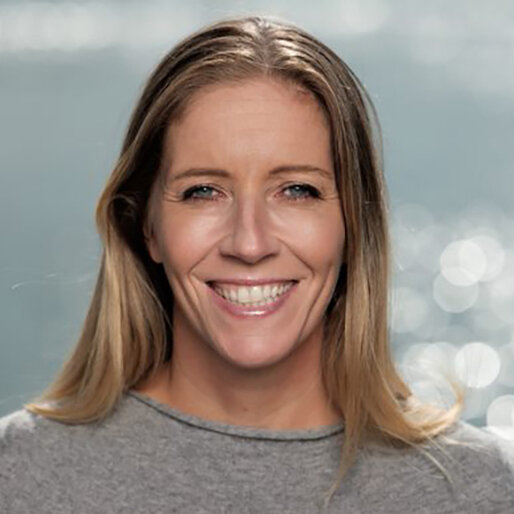 “We will increase knowledge about the ocean, make this knowledge accessible and translate it into concrete solutions.”

The REV Ocean vessel will house up to 30 crew members and 60 researchers. It will be equipped with advanced trawling and sampling systems, sonar systems, laboratories, classrooms, helicopter platforms and a submarine.

Anyone who is interested in finding solutions to the problems facing the ocean may apply to sail on the REV Ocean vessel.

“We won’t be conducting basic research in the traditional sense, but will rather facilitate concrete research to solve problems related to plastic pollution, climate change and overfishing,” explains Jensen.

She says that cross-disciplinarity, innovation and openness will be important criteria in determining who will be allowed to participate in the vessel’s expeditions.

“We cannot save the ocean with marine biologists alone – we need people with different backgrounds and perspectives. Alongside researchers, we will therefore have, for example, artists, teachers, politicians and business leaders on board, as well as children and young people.”

“In addition, sharing data and solutions is an absolute requirement. Too much work is today done in silos where people do not share experience and are not willing to help one another,” she says.

The ambition is not only to create tangible solutions on board the ship, but also to serve as a springboard for a larger, targeted movement for ocean health.

“REV Ocean will be a floating thinktank and a showcase. We have the world’s most advanced communications technology on board to show what the problems are and what the solutions are. Hopefully, this will boost engagement in and enthusiasm for ocean-related measures among members of the business community, investors and philanthropists.”

The vessel is part of the broader REV Ocean Initiative. Although a good deal of activity under the initiative will naturally be connected to the ship, there are other large-scale projects underway to promote healthy oceans.

One of these projects is the Ocean Data Platform, an independent, not-for-profit foundation that will collect, categorise and make accessible vast amounts of ocean data. The objective is to make it easier to find the knowledge, perspectives and inspiration needed to create good ocean solutions.

The future of maritime emissions reporting

“Let’s say you are interested in a specific ocean area. Weather data, for example, may be found in one place, while information on benthic habitats is found in another place, and data on fisheries and shipping traffic is found in yet another – and so on. We want to gather the data in a single place. We are not going to own or store the data, but rather make it accessible and analyse it,” Jensen explains.

She believes that making knowledge about the ocean more easily available will also encourage more action to be taken.

“It is problematic that much of the knowledge about the ocean is stored in closed or inaccessible systems. I think that once we have a clear overview of what the right course of action is, it will be followed.”

“We are making knowledge about ocean problems – and the solutions needed – as available and ‘in your face’ as possible, so that it becomes difficult to NOT implement the right measures.”

Although it is a year and half until the launch of the REV Ocean vessel, there is already a buzz of activity in REV Ocean’s offices outside Oslo.

“The Ocean Data Platform is working with Global Fishing Watch to combat illegal fishing. We are linking together a wide variety of data – on shipping traffic, port arrivals, fish stocks and benthic habitats – to determine where activities will give the best effect. We are also involved in a similar project to save the world’s coral reefs and there is a queue of other projects.”

In addition to the Ocean Data Platform, REV Ocean has also established the Plastic Revolution Foundation, headed by Erik Solheim, the former Executive Director of the United Nations Environment Programme. The foundation will create profitable, scalable solutions to the problem of plastic pollution. A pilot project is already underway in Ghana.

“Altogether, we have established three foundations, launched a number of pilot projects and entered into 15 partnerships,” says Jensen with satisfaction.

The REV Ocean Initiative was started in 2017 by industrialist Kjell Inge Røkke – one of Norway’s wealthiest men. Røkke has joined the global Giving Pledge movement, committing himself to giving away more than half of his wealth to good causes.

At that time, marine biologist Nina Jensen – who is known as one of Norway’s most talented and uncompromising environmental activists – was head of the World Wildlife Fund (WWF) in Norway. Jensen, who describes herself as an activist to the core, says that Røkke used more than a year to convince her to leave her dream job at WWF and lead the new initiative.

“Røkke has earned a good deal of his money from petroleum-related activities, so in the beginning I was unsure if he was serious. I had no desire to be part of a ‘green washing’ initiative. But after a year of dialogue, I became convinced that he truly was committed and that this could actually make a difference. My idealism combined with his talent for business and tremendous ability to follow through gives us a unique opportunity to do something big,” she says.

After two years on the new job Jensen has no regrets.

“Many of things we are doing now are things I dreamed of doing at WWF, but could not do due to lack of competence, capacity or capital. And when you work at an NGO and see how much is wrong in the world, it is very easy to focus on the problems. In that respect it is very freeing to be allowed to work full time on solutions.”

“But I can still get extremely angry and enraged,” she adds.

In closing she points out that Norway, as a pioneering ocean nation with access to enormous amounts of capital, has a unique potential for – and special responsibility to – create and promote sustainable solutions.

“Among other things, Norway has the world’s best fisheries management regime. And Norway’s oil fund took what I think is the most important climate decision ever by divesting from coal. Just that one action has made it much less attractive to invest in coal, which is the world’s worst climate sinner,” she concludes.

The REV Ocean vessel arriving in Brattvåg, Norway, in September 2019.