From medical innovation to commercialisation: a translational success

Kjell Kristoffersen (at right) and Bjørn Angelsen testing the ALFRED (All Frequency Doppler) prototype with the spectrum analyser DAISY (Doppler Analysis and Imaging System), circa 1981.

The year is 1976 and Kjell Kristoffersen, an engineering cybernetics student at the Norwegian University of Science and Technology, is looking for a summer job.

Kristoffersen joins a project led by Bjørn Angelsen at the Division of Engineering Cybernetics, along with four other students. Their task is to build 10 prototype units of Angelsen’s invention, the Pulsed Echo Doppler Flowmeter (PEDOF), which uses ultrasound waves to measure blood flow inside the body.

The PEDOF project in the summer of ’76 turned out to be a milestone in the technical development of ultrasound equipment in Norway. Not least, it introduced Kjell Kristoffersen to the medical ultrasound industry.

He would go on to work on follow-up devices to the PEDOF and become a major contributor to the medical ultrasound ecosystem that was slowly taking shape in Norway, both as a student at the Norwegian University of Science and Technology (NTNU) and as an employee at the startup Vingmed.

Since the summer of ‘76, Kristoffersen has remained at the interface between the pioneering invention and its clinical impact. His contribution to making medical ultrasound a success stems from his ability to translate a promising new technology into a new device for the clinicians’ toolbox.

Today, Kjell Kristoffersen has over 35 patents to his name and is the Chief Engineer at GE Ultrasound, a responsibility which extends to all ultrasound engineers at GE Healthcare. He continues to play a pivotal role in making medical ultrasound solutions easy to use.

In 1980-81, Angelsen’s group at the SINTEF research institute, which included Kristoffersen and was financed by Vingmed, realised that the PEDOF was difficult to use on its own. To enable doctors to adopt the instrument in their clinical practice, they would have to combine it with a 2D imaging unit to guide the Doppler measurements.

“In 1981, Angelsen’s group and Vingmed collaborated with the American company IREX to integrate our Doppler technology together with their B-mode scanner – that was the real commercial breakthrough for cardiac Doppler ultrasound. Before long, we were supplying these Doppler boxes to the entire imaging industry – including the companies that are today our competitors,” Kristoffersen recalls.

However, the team understood that if Vingmed’s product was to become a major player in medical ultrasound, the company would need to develop its own imaging technology. Kjell credits Arne Wøien, the early investor and a driving force behind this:

“Arne Wøien was a hugely important factor because he was financing the whole project and he really believed in what we were building. Wøien motivated us to dream up something bigger than our little Doppler device and helped us to realise that we should develop our own scanner.”

In 1982 the small startup launched a grand plan to develop its own scanner that could do both ultrasound imaging and Doppler measurements, combining these with another emerging technology, colour Doppler.

In 1984 the Norwegian Trade Council (now part of Innovation Norway) presented its annual award for novel products with global reach to Vingmed for its IREX Doppler module. 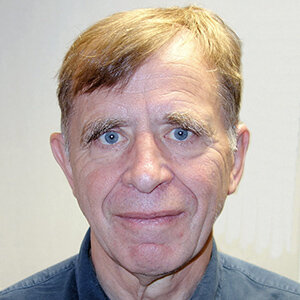 “The CFM 700 was the product that really put Vingmed on the map as a total supplier of ultrasound.”

“The equipment was very good, but we had such a monomaniac focus on making a prototype that worked that we were unaware of what was required to make an industrial reproduction of such a complicated device. It took another two to three years before we got this under control,” he says.

“The main issue,” he points out, “was that we did not have the reliability that is expected for medical equipment and, especially in the US, this limited growth opportunities for us initially. Perhaps if our team of engineers had any industrial experience, we would have taken this matter a little more seriously, but we were in a way just a small group of amateurs from NTNU. We only learned this lesson much later!” [1]

“The future is digital”

Vingmed’s Doppler ultrasound hardware was initially built using analogue and logic circuitry. However, with the onset of the digital revolution that defined the latter half of the 20th century, the shift from mechanical to digital electronics began permeating every industry. Kristoffersen recalls reaching a turning point in 1990:

“We finally had our product out and it was a success, but the question on our minds was – where do we go from here? I felt that for our products to evolve in the new digital age, we would have to adapt to survive and build a digital scanner – a natural progression of our grand plan from 10 years earlier.”

Bjørn Angelsen confirms this, recalling Kristoffersen’s prophetic words from 40 years ago: “The future is digital.”

Kristoffersen decided to set up a new Vingmed group in Høvik, Norway. “We started off with just three of us: myself, Sverre Holm, who later became a professor at the University of Oslo, and Hans Christian Lønstad, now CTO at Data Respons. Together we started developing a new generation of digital ultrasound scanners to be used in the diagnosis of heart conditions.”

This group kickstarted a new age of internal research and development at Vingmed. Their first product was called System 5; it was the world’s second digital ultrasound scanner for cardiology and earned the EU Commission’s Information Technology Award for the most innovative IT product in 1995.

“Building this digital scanner was a real milestone. I believe if we hadn’t done that when we did, we never would have survived. This digital technology was the reason Vingmed was later acquired by GE in 1998,” asserts Kristoffersen.

Vingmed not only survived the digital technology shift but used it to its advantage. From a startup producing what the market considered “mid-range” mechanical scanners with two to four channels, the company became a major player by adopting phased array technology utilising 128 channels. This industrial innovation allowed Vingmed to move upwards in the medical ultrasound food chain.

Looking back at the journey made by himself and his colleagues at Vingmed, Kristoffersen reflects:

“We realised very early on that our devices could save lives – that in itself was important. However, what we didn’t fully realise is just how impactful ultrasound would become.”

In 1982, when Vingmed started its first project, the total ultrasound market was USD 600 million. Now, 40 years later, the market is valued at over USD 8 billion, meaning it has grown at a composite average growth rate of 6.7 per cent [2]. “There are not many other markets you can find that have had this type of development, and it is not slowing down,” he points out.

“There are two contributing factors here: ultrasound scans can be done very efficiently and cheaply, but now can also be used in many applications. We started with blood flow measurements, but today that is just one small component of a fast-growing industry,” Kristoffersen concludes [1].

From startup to global brand: a medical ultrasound success