Pioneering Norwegian cardiologist and professor Liv Hatle contributed to the use of Doppler ultrasound instruments to measure blood flow in patients. Today, her non-invasive methods remain standard routine for diagnosis of cardiac disease in hospitals around the world.

Liv Hatle is from Kirkenes, a small town in far northeastern Norway in the region of Finnmark, close to the Finnish and Russian borders. When she began her career at the University of Oslo in 1955, the proportion of girls in medical studies was just over 10 per cent and the proportion of Finnmarkers who studied at university was close to zero. Despite these obstacles, Dr Hatle’s resolve and passion for treating patients led her to develop groundbreaking techniques that would change the field of echocardiology forever.

From prototype to patient

In the 1970s, Hatle worked closely with Professor Bjørn Angelsen at the Norwegian Institute of Technology in Trondheim (now the Norwegian University of Science and Technology). Angelsen had developed a device called the Pulsed Echo Doppler Flowmeter (PEDOF), which relied on the Doppler effect and could estimate both the high blood flow velocity and flow direction in a vessel or in the heart.

Hatle quickly realised the potential of this instrument for patient diagnostics and began using it for clinical testing in the cardiology department of Trondheim Regional Hospital (now St Olav’s Hospital) in 1976. This type of testing was technically challenging as the reflected ultrasound signals had no accompanying image to help to guide examinations. This, however, did not discourage her. Her brilliant insight was to use the data from her examinations to derive parameters that could be used to determine how well the heart was functioning as a pump, providing a non-invasive method for investigating valve disorders and other cardiac conditions.

Despite her success in deriving these parameters, which many clinicians at the time would have used to divide patients into groups, Hatle never lost her genuine interest in the individual patient. She always put patients first and pioneered a “precision medicine” approach in cardiology which was truly ahead of its time.

By the end of the 1970s, cardiologists and researchers from all over the world were making a pilgrimage to the hospital in Trondheim to learn the new Doppler technique. But Hatle understood that in order to trigger commercial and clinical activity at the international level, it was necessary to teach others about the method outside of Norway. 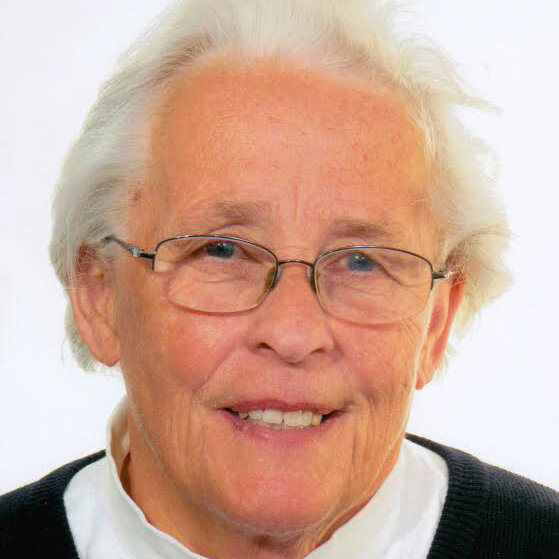 “It has always been important for me to spread knowledge. Only in this way can a method be further developed and applied in new areas.” [1]

She therefore moved to the US for two years, generating interest in the Doppler innovation as a visiting professor at Stanford University in California and the Mayo Clinic in Rochester, New York. She did not stop there, holding positions as a visiting professor in Belgium, Italy, Singapore, Sweden and Texas, USA. Notably, she was also the head of the adult cardiology department at King Faisal Specialist Hospital and Research Centre in Saudi Arabia for more than four years.

In addition to teaching trainee doctors at universities around the world, Hatle also co-authored a textbook with Professor Angelsen that remains the “bible” for medical students in the field of Doppler ultrasound [2]. While outside of the medical community her name is relatively unknown, it is undeniable that Dr Liv Hatle has had a huge impact on the education of many cardiologists around the globe.

From startup to global brand: a medical ultrasound success

An innovator in industry

Hatle and Angelsen knew that they needed an industrial partner to take their PEDOF technology further and turned to Vingmed AS, a small medical device company based in Horten, Norway. Vingmed launched a modified version of the PEDOF in 1979 as its first Norwegian product, and has since been active in the development and production of ultrasound imaging equipment.

The company was acquired by General Electric in 1998 under the GE Healthcare unit, with the new name GE Vingmed Ultrasound. Today GE Vingmed Ultrasound is one of the world’s leading producers of ultrasonic equipment for studying the heart, with approximately 90 million procedures in more than 150 countries carried out annually using its products [3].

Before Hatle’s innovative techniques were recognised and imitated, it was necessary for surgeons to insert catheters into the heart to diagnose most cardiac conditions, which was often a complicated and risky procedure. In 2022, the impact of her work is more relevant than ever, as coronary heart disease is the leading cause of death worldwide. Every day around the globe tens of thousands of painless and radiation-free echocardiograms are carried out based directly on the methods that Hatle pioneered four decades ago.

Hatle also had an important part to play in the success of the wider medical devices industry in Norway. Two of Bjørn Angelsen’s students who were involved in developing protypes of the PEDOF device were Kjell Kristoffersen and Arne Grip. Kristoffersen is now chief engineer at GE Ultrasound (global), while Grip founded the company Medistim. Without Hatle’s clinical work that demonstrated the customer value of these prototype devices, it is unlikely that they would have been commercialised in Norway at all.

Hatle differed from her contemporaries by combining clinical work and research – rather than choosing one or the other – throughout her career. This unique approach is what makes her so remarkable. She was directly involved in the research and development, clinical testing and large-scale commercialisation of a technique that has changed routine heart examinations worldwide. Dr Liv Hatle’s work on Doppler echocardiography, though widely unsung, is undoubtedly one of the most important Norwegian contributions to international medicine.

From medical innovation to commercialisation: a translational success