How Norway produces hydropower with a minimal carbon footprint

Thanks to natural advantages and effective management, Norwegian hydropower is among the cleanest in the world.

Hydropower is the only form of renewable energy production that can be adjusted based on demand. With its combination of stability, flexibility and low production costs, it can make a huge contribution to a sustainable society. Hydropower also offers non-power related benefits in the form of multipurpose reservoirs, improved infrastructure, increased availability of fresh water, and much more.

According to the International Energy Agency (IEA), hydropower will remain the world’s most important source of renewable energy in the foreseeable future.

In Norway, approximately 96 per cent of all electricity is generated by renewable hydropower. This has given Norwegian industry stable access to inexpensive, clean energy. When it comes to energy-intensive heavy industry in particular, Norway has one of the world’s smallest carbon footprints.

However, like electricity production from other renewable and fossil sources, hydropower, too, can have ecological and climate impacts. What do these impacts comprise and how can we minimise them?

Atle Harby, Senior Research Scientist at SINTEF, has dedicated his career to answering these questions. Harby is one of the world’s leading researchers into the environmental impacts of hydropower. He has, among other things, served as lead author of the Intergovernmental Panel on Climate Change’s (IPCC) 2019 Refinement to the 2006 IPCC Guidelines for National Greenhouse Gas Inventories.

Harby explains that one challenge with hydropower plants is that they can intensify nature’s own carbon cycle. Lakes and rivers contain organisms that decompose, releasing carbon dioxide and methane. This process can be intensified when water is impounded in reservoirs.

“Normally CO₂ is released when organic materials decompose. This is a step in the natural carbon cycle. However, if there is a lack of oxygen when organic material decomposes, methane is emitted, instead of CO₂. This is a natural process in many lakes, but methane does not necessarily reach the surface where it can be emitted. The risk of this happening increases somewhat in hydropower reservoirs, as the turbines draw water from the deep part of the reservoir where there may be methane. However, the risk of producing methane is higher in warmer climates and in stagnant waters.”

Thus, it is not the hydropower plants themselves that generate emissions. Rather, in certain cases, there is a risk that reservoirs may emit more methane – which has a 28–34 times larger climate impact than CO₂ – compared with the natural carbon cycle.

How large are emissions from Norwegian hydropower plants?

Hanne Lerche Raadal is Head of Research at the Norwegian Institute for Sustainability Research (NORSUS). She has led several research projects analysing the total carbon footprint of Norwegian hydropower. According to her, methane emissions from hydroelectric plants are a relatively small problem in Norway.

“In general, hydropower plants in Norway are located at high altitudes, where there is little vegetation and a cold climate. The data confirms that there is very little extra methane production.”

She stresses that the impacts of construction and operation must also be factored in when analysing sustainability.

“We use tools to perform a total life cycle analysis of the power plants. We look at emissions related to everything built out of concrete and steel, as well as maintenance and replacement of turbines and the like during a 100-year lifetime – in addition to methane emissions.”

“Our results show that Norwegian hydropower plants have an average carbon footprint of 3.3 grams of CO₂-equivalents per kWh, of which emissions from impounded areas comprise between one half to two thirds of this.”

Raadal says that this is very low in an international context.

Like all human activities hydropower has an ecological footprint, in addition to a carbon footprint. Hydropower generation often involves creating dams in rivers as well as artificial lakes, which modify the natural surroundings and may have a major impact on local ecosystems.

Harby explains that because of Norway’s topography, there is little need for incursion on nature. 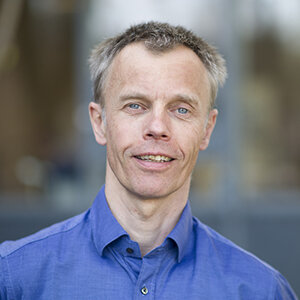 “Many hydropower plants in Norway are built on existing lakes, so there is not much need to inundate large land areas or displace people.”

“A hydropower plant will always involve changes to the aquatic ecosystem. Dams can make it difficult for sediments and nutrients to flow freely, and fish can’t wander without help. But this can be remedied by requiring compensation measures when issuing licences to build hydropower plants. Norway also has stringent requirements for water release.”

“At SINTEF we have developed an environmental design concept for hydropower. This involves mapping which conditions will be changed by the plant and how this will affect both fish and ecosystem. With the right measures, the fish and the ecosystem can thrive, even with large-scale power production. For example, spawning gravel can be put down or fish can be led led past or outside the turbines as they migrate downstream.”

In certain cases, a hydropower plant can even have a positive impact on life in a river.

“Take, for example, the hydropower plants in the Orkla river. In the summer, the juvenile salmon grow a bit more slowly because of the cold water from the reservoirs. But in the winter, thanks to hydropower production, the river is less of a bottleneck for the salmon, so the annual net effect is that there are more salmon in the river after the plants were built.”

Harby does recognise that aggressive hydropower development can have negative consequences for people and the environment.

“There are always a lot of issues to be weighed with hydropower. Biodiversity and destruction of nature are one thing. There are also many international examples of people, often indigenous people, being forced to move. Another problem is when the electricity produced does not benefit the local population, but is rather sold for profit. And, as with all large-scale infrastructure projects, there is always the risk of corruption.”

Harby envisions a bright future for hydropower, provided that best practice is followed to make it environmentally and ethically sustainable.

“As long as we build the power plants in the right place, take the right considerations and run them properly, hydropower can be our largest and most important source of renewable energy for years to come.”

“Moreover, reservoir-based hydropower can produce electricity based on demand, as opposed to wind and solar power which can only produce when the wind blows and the sun shines. Hydropower will therefore be essential to integrating other renewables,” he concludes.

In 2020 The American Energy Society published a white paper making the case for hydropower, using Norway as an example.