Despite a global pandemic, 2020 turned into a banner year for the development of the battery value chain and sustainable transport in Norway.

Thanks to Norway’s abundance of clean energy, highly advanced process industry and ambitious electric vehicle policy, 2020 has been a game changer for the Norwegian battery industry.

“We thought that with little to no travel and sales activity, we’d see a slowdown in the interest from foreign direct investments. In reality, we’ve seen the opposite. Good news has kept pouring in with investment announcements from Norwegian and global industry players,” says Nora Rosenberg Grobæk, head of battery technology at Invest in Norway.

Sustainable batteries are the key to sustainable transport. Norway has long sought to leverage its plentiful renewable energy to help the EU to establish an independent, sustainable battery industry. (Currently, China produces over 73 per cent of the world’s lithium-ion batteries.)

In 2020, this work has begun to bear fruit, with the announcement of several battery cell production facilities. In March, Morrow Batteries, backed by Noah and Agder Energi, announced plans to build a giga-cell factory. Add to that Freyr’s plans to build a battery cell factory at Mo Industrial Park and soon Norway will be manufacturing EV batteries at an impressive rate.

Towards the end of the year, Norsk Hydro and Equinor announced that they had signed a memorandum of understanding with Panasonic to explore possibilities for establishing a sustainable, cost-competitive European battery business in Norway. Given that Panasonic built Tesla’s battery production facility in Nevada, USA – the largest in the world – this signals growing international interest in Norway as a battery nation.

“These announcements are a sign that the industry at home and abroad is serious about building a battery value chain in Norway, where strong industrial clusters can be leveraged to boost the industry. When these facilities are up and running, they will produce the cleanest battery cells in the world,” Grobæk says.

Battery production involves more than just the energy cells. In 2020, Norwegian companies have made great strides towards sustainability across the entire battery value chain. For example, Beyonder recently gained significant new investment, allowing the company to speed up development of silicon-based lithium-ion batteries, which charge faster and degrade slower than conventional batteries. The company estimates that it can commence production as early as 2023.

Renewable energy is essential for a sustainable battery industry. International companies are looking to utilise Norway’s clean, abundant hydropower to cut emissions across the production line. Australian mining company Mineral Commodities, for instance, has announced plans to build a factory in Norway to manufacture low-emission anodes for battery production.

Electrode production: coating the current collector with the active electrode material (graphite with a small amount of silicon).

And while great effort is being invested in achieving greener battery production, it is also imperative to develop circular battery production. This will take some ingenuity, as lithium-ion batteries are notoriously difficult and costly to recycle when their lifecycle has ended.

There have been Norwegian battery recycling initiatives underway for some time, but this year saw a new milestone as Hydro joined forces with Swedish battery giant NorthVolt on a joint venture for battery recycling and urban mining. The new company, called Hydro Volt, is building a pilot recycling facility in Fredrikstad, Norway, which will begin operations in 2021. The facility will have the capacity to process more than 8 000 metric tons of batteries per year, crushing and sorting them to retrieve aluminium and other metals.

“It is uplifting to see international companies both wanting to utilise our clean energy, but also finding Norway attractive due to our competence in circularity. There are of course gaps in the circular value chain that we still need to work on, but we have put in place a good foundation for building a circular battery industry,” Grobæk says.

Successful incentives for electric cars and investment in infrastructure

Norway has long been a global leader in using electric vehicles (EVs). This is due in great part to a longstanding incentive scheme encouraging people and businesses to switch to EVs.

As a result, Norway has by far the highest market share of EVs of any country in the world. In 2020, for the first time, more than 50 per cent of new cars sold were electric cars. In total, approximately 10 per cent of cars on Norwegian roads are EVs, and this number will continue to climb as electric car sales continue to rise.

“I think Norwegians are proud to be the world champions in EVs,” Grobæk says.

Large-scale adoption of EVs has paved the way for the development of smart and sustainable transport solutions in Norway. And this year, German industry titan Siemens announced a collaboration with Beyonder to create new solutions for grid stabilisation and fast charging of EVs. This is a potential game changer for EV infrastructure, enabling a faster transition to electrified transport.

European regulations give the battery industry a competitive advantage

In December, the EU will introduce a new regulatory framework for the battery industry, setting the agenda for all stakeholders engaged in the battery supply chain for the coming decades.

“This new regulatory framework will place further value on recycling and traceability in all steps of the battery value chain. With all the progress in the Norwegian industry in these areas, I think Norway’s battery value chain is set to grow significantly in the years to come.”

“We have strong reason to believe that with the pace this sector has seen in 2020 – even during a global pandemic – that it will continue to accelerate in 2021,” Grobæk concludes.

Are you interested in learning more about the growing Norwegian battery industry? Please contact Invest in Norway. 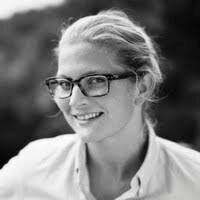